Are We Stronger Than The Storm? We Are Now! 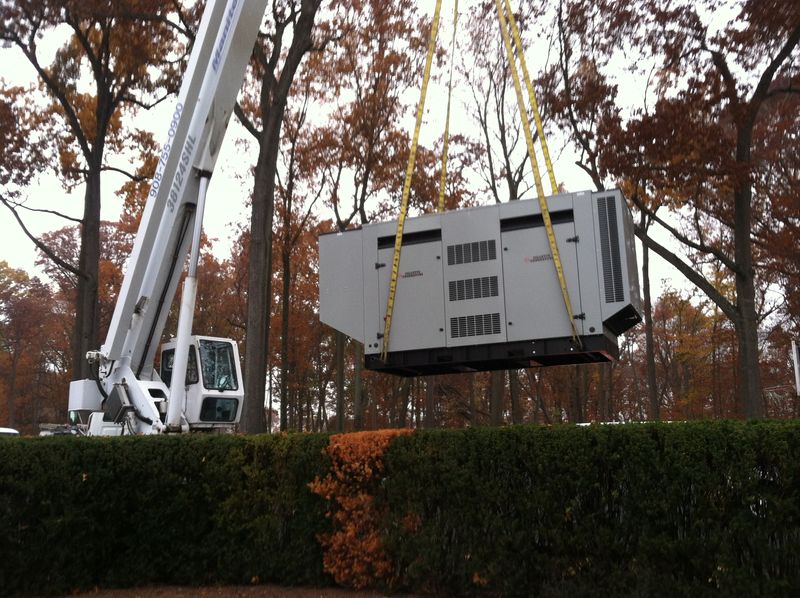 Last year in the aftermath of Sandy, people were made way more familiar with household generators, whether by the drone of the portable units rattling away in the days immediately following the storm and then standing in line for gas for portable ones, or by developing a burning resentment for the neighbor whose house was still running almost normally if they had a stand-by, natural gas powered generator.  Maybe hating them a little less if they shared their shower or an extension cord.   But seeing the TV flickering from their windows at night was still too much.
After the storm there was an onslaught of advertising for these stand by (built in) units on TV, and demand skyrocketed.  Lead time for them was in the months, and I'm told quality of build also took a hit.
We've installed several of these units for customers over the past year, typically in the 20-30KW range, capable of powering most of a medium sized house panel, and usually about the size of a smallish refrigerator laid down on its side.  But this week, we installed the grand daddy of all generators and it was worth mentioning. 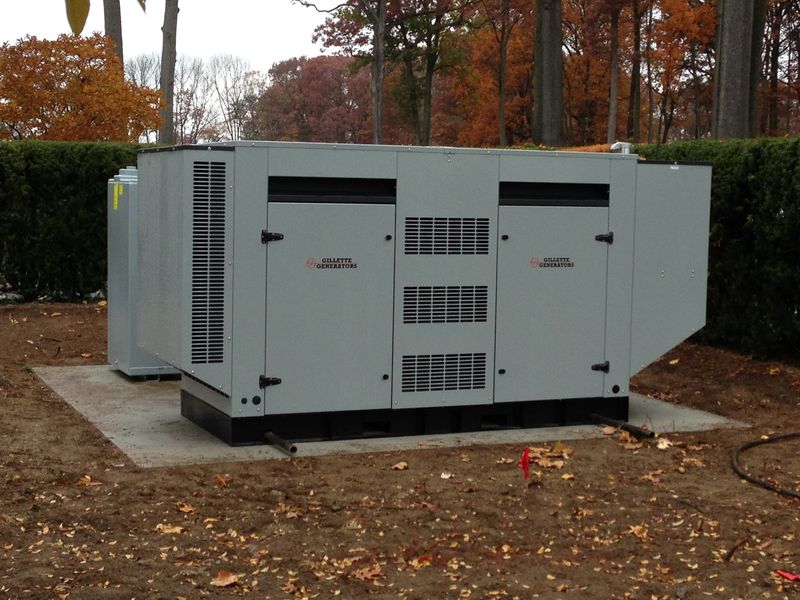 This unit is 210KW, that's right – about 10 times the size of a typical household unit, and it is the size of an SUV without the wheels.  Think Escalade, or maybe one of those god-awful Hummer stretch limos, but definitely not your tyical Honda CRV.  Is this overkill? Absolutely not.  This is for a large property with a 400 AMP main house panel, but also several outbuildings, barns, and many scattered subpanels throughout. So rather than using a smaller unit and getting into a bunch of rewiring inside the house to feed only important circuits (never mind with block walls this would've been next to impossible) we decided to just feed the entire system with this unit. 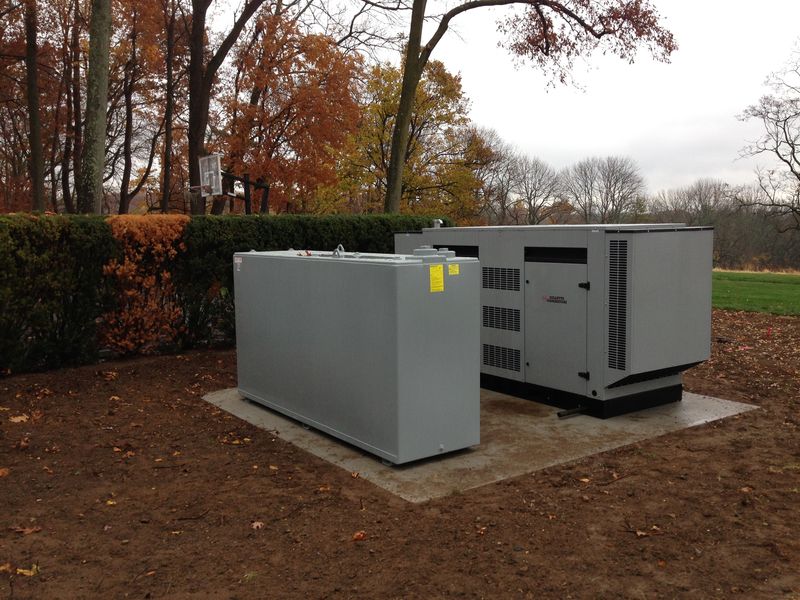 It is powered by a diesel engine with believe it or not very similar specs to the Europe-only BMW M50D engine it sells in the X5 and 5 series.  Over three hundred HP! So if it did have wheels it would be way faster than that Escalade.  We have a stand alone 1000 gallon tank that should last almost 5 days at 50% power, so it should be fine for most typical outages.  During a Sandy – type event, it might need a fill up or two.
So it was is an unusual project, but very exciting.  It's not done yet, still have to mount the transfer switch.  That alone weighs almost 500 lbs, and the final kicker: the power company needs to shut down the entire block in order for us to wire it in and turn it on 🙂